Posted by ankit at 2:45 AM No comments: Links to this post

The most f****** thing happened in Bits Goa was about an email which I sent to bitsgoa group at yahoo.
Bitsgoa is a group created by my friend Lokesh Harnal ( and he had opened it even before his admission to this college. Isn’t it great?)

It was for every bitsian (those who study in BITS) and at that time the group was not moderated. Now, of course, it is controlled by Lokesh, Aditya and me.

Coming back to the mail, it was as simple as any ordinary mail…but the idiots made it a big issue. I don’t know what the f****** problem they had.

Actually they had nothing to do in the campus so let’s…interfere in others work. Otherwise why the f*** they care about girls, whom they don’t know much (and in fact there was nothing to care about them as such). Any one can write any thing…. who the hell are they?? Damn gods!

Whom are you going to stop? What if I had mailed it by a fake ID.? So the controversy was nothing but bullshit.

Oops! I forgot to tell you about that mail. It was regarding seven girls of this campus. I described them, in fact wrote all well about them and praised them by adding some qualities which they never possessed and they can’t ever. And it was just for fun; not to hurt someone.

It spread as fast as a wild fire, not only in the group members but almost in the entire first year students.

There were talks about this email for almost a week. Many of them replied via email; sensible ones supporting me and the s****** supporting the girls. Latter’s mail included “...how can u treat girls as commodities?” and all such f****** things. 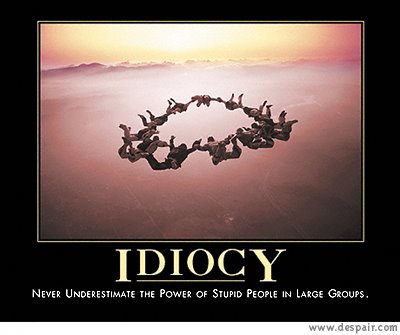 The girls didn’t speak much, regarding this, but they behaved as if they have been hurt a lot. But do you know one thing; everyone likes to be praised.

I am including the mail so that u can see how good it was. It was as follows:

All you have to do is to name the girl who fits most in the following description:

She is fair, simple, less talkative and innocent, carries herself well. Don’t know how to smile and laugh; usually gives answers by nodding. Boys don’t stand anywhere to her.

She is fair, has a great figure, like a super model, a cute face. She is sporty (plays basketball, sing, play Casio), and she becomes angry too fast.

She is a typical Punjabi girl, the plucky type, but has some attitude. She is fair and good looking, has a slim body. Talks with selected boys.

She is most famous girl (in a naughty manner), talks with all the boys (that’s cool you are in college now). A healthy and tall girl. She is well mannered, talks impressively and carries herself well. She has a friendly attitude and mingles easily.

She is very fair and good looking. Although she is little short but she looks beautiful (many boys are after her). She and the first girl look like sisters.

She is fair, good looking, well mannered and there is a rumor about her that she has a crush on a boy and she even proposed him. (That’s too cool! At least some of them have guts.)She looks simple and often wanders in a group of three.

She is fair (little less than the above girl), a little long face. She is healthy (not a perfect figure) but she has maximum number of followers. Spends most of the time in computer center or library.

So, do you think there was any, any f****** problem in this praise worthy mail? The only stupid thing which I did was that, I promised the first three persons, who answers correctly will be given a treat by me.

But see! God’s noble plan for his sweet creation, I was saved. Due to the controversy, I got an opportunity to cancel the treats. I pity on the friends who were first to answer.

I would like to include one of the mails which Soumyadeep sent, supporting me.

“Screw the fuck up man. I know the bloody mentality you have. And I don’t think that any of the gals her are so dumb that they don’t see the real reason behind you, sending crappy messages .There’s no need to pretend as a saint.
You talk in just the same way and about absolutely the same things that Ankit do. The only thing is that he has the balls to speak it in front of the all and you all snickering behind the gals back. And the much phrase you use “…girls as pieces of meat…” gives always your cheap character.”

Wasn’t it a heavy dose for them?

And I would like to clear one thing that ‘the girls’ are not as innocent as I thought.
Posted by ankit at 2:29 PM 4 comments: Links to this post